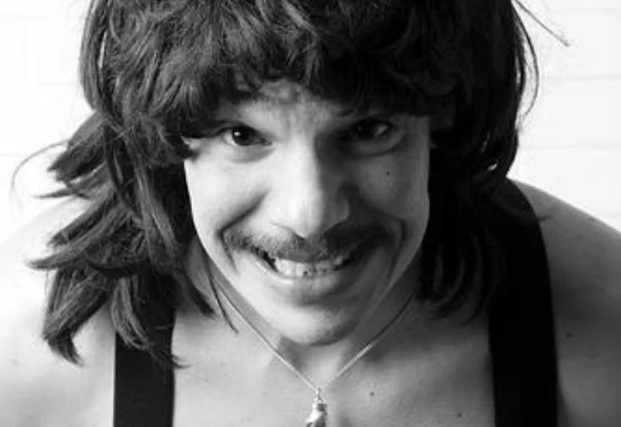 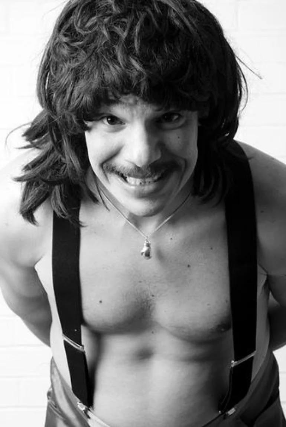 Silverio is the alter ego of Julian Lede Of Titán.
His story begins in Chilpancingo, state capital of Guerrero, Mexico. Humble beginnings for the international talent we now know. Swathed in media controversy, adulated by women and envied by men.
Conquering the seedy clubs of this hometown proved very little trouble for the rising star and encouraged by his success it was only a matter of time before Silverio would say goodbye to Chilpancingo, relocating to Mexico City for the major success that he both desired and deserved.

Despite fierce competition and along with help of his fist video, Silverio is catapulted into the echelons of the capital cultural elite. The video was filmed jointly in the Savoy Cabaret and Miller Mix Disco, two of Mexico City places de jour where Silverio would soon become a familiar face amongst VIP's partying hard into the early hours.

Eager to stretch both himself and his fans to the limit, agrees to perform a show for the prestigious Museum of Modern Art, an electro/rock star in a venue of this high cultural standing almost unheard of, Mexico City waited with baited breath. The furore through, despite public euphoria at the half naked stars base antics and macho keyboard technique.

It is maybe partly due to the Mexico City Museum debacle and ensuing police involvement, (Silverio was removed form stage) that MTV, Telehit and another major Latin American TV Channels refuse to program Silverio's latest video clip Yepa Yepa Yepa into their schedules. However when challenged by Silverio the response form the Television companies states that the video are not suitable for their particular schedules because the backing are too short and ugly.

Despite adverse publicity the reputation of both his maners and music continues to mushroom and branding the TV Channels racist, Silverio sets his sites on America and Europe.

Along side his voluptuous and provocative stage dancer Ceci, Playboy Queen of Mexico 2002, Silverio's are inspiriting stage shows audiences across the U.S. In New York's PS1., At San Diego's Insite 2000 Festival and San Francisco in the Yerba Buena Art Center.

Onto the colder transatlantic audiences and Silverio¹s mesmerising fusion of raw Mexican Machismo, brutal keyboard prowess and tantalising female companions scandalised and dumbfounded across Europe in The Migros Museum in Switzerland, London'ss I.C.A and Berlin's Kunstwerke beside a smashing tour of clubs across Italy, Spain, Germany and Austria.

The man himself describes himself humbly as a lover of alcohol and women in no particular order, with a simple personality, though strong in convictions and a virtuoso on the dance floor. Some critics have described his music as electro-cheese while connoisseurs have said that if neanderthal man would have Nightclubs instead of wooden clubs then surely Silverio would been at the helm.

Silverio, better known as the nasal caveman, is the maximum exponent of latin macho brutality, and is the champion of menial, low-class dancefloors.

Originary from Chimpancingo, Guerrero, Silverio reached Mexico City in 2002 and hit the dancefloor with his first single "Yepa Yepa Yepa" which was censored by regional television in Mexico City. A few years later, with the help of his controversial live show, which comes to life under the influence of his electronic music mixed with excesses, women, cursing and obscenities, Silverio gets catapulted to Europe and the United States.